Katherine Johnson’s extraordinary life began in White Sulphur Springs, West Virginia in 1918 and took her to a long career with the National Aeronautics and Space Administration (NASA) in Hampton, Virginia. She died February 24, 2020 at age 101.

Much of her life history was revealed in the 2016 movie “Hidden Figures” and the book by the same name, ”Hidden Figures: The American Dream and the Untold Story of the Black Women Mathematicians Who Helped Win the Space Race,” by Margot Lee Shetterly.

With the can-do attitude that served her well all her life, Mrs. Johnson’s work with NASA involved making complex and unique calculations of the orbital mechanics which were critical to the success of the first and subsequent U.S. crewed spaceflights.

Her 33-year career in the space program started with the very first space flights of Alan Shepard and then John Glenn and extended through to the planning for coordinating the vehicles involved in the 1969 moon landing, Space Shuttle missions, and even a mission to Mars. The astronauts were brought home safely on the failed Apollo 13 mission because of her calculations. She was part of the high-level Space Task Group responsible for launch and landing data. She co-authored 26 research papers. 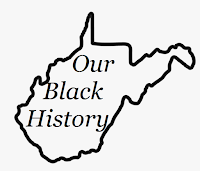 Mrs. Johnson’s attitude was: “I always tried to do my best, because I did not want anyone to bring my work back to be redone – and they never did!”

The space agency noted her ‘historical role as one of the first African-American women to work as a NASA scientist.”

Her experiences also made her a strong proponent of STEM (science, technology, engineering and mathematics) as an educational focus.

For her achievements, Mrs. Johnson received numerous honors: the nation’s highest civilian honor, the Presidential Medal of Freedom from President Barack Obama in 2015; the Congressional Gold Medal in 2020 posthumously; and a Silver Snoopy award, often called the astronaut’s award, for her work in assisting astronauts during the space missions.

From her first marriage, she had three daughters; Joylette, Constance, and Katherine. She later was remarried for almost 60 years, and happily, her family expanded to include 6 grandchildren and 11 great-grandchildren at the time of her death in 2020.