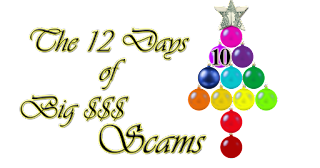 Are we getting better at avoiding scams?

The Federal Trade Commission’s 2017 mass market consumer fraud survey report, at https://www.ftc.gov/system/files/documents/reports/mass-market-consumer-fraud-united-states-2017-update/p105502massmarketconsumerfraud2017report.pdf, found that 40 million U. S.adults were victims of various kinds of such fraud that year. That’s almost 16% of the adult population.

These surveys are done periodically, and the scams with attendant losses are increasing. Some even became double victims of scams since almost 62 million scam efforts were reported as successful.

Of the victims in the 2017 survey, 62% purchased fraudulent products via the internet. Always checking for the security lock on the line with the website address is a way to lower the effectiveness of the scam.